Virtual property tours going gangbusters. Matterport… is a beast in its own league 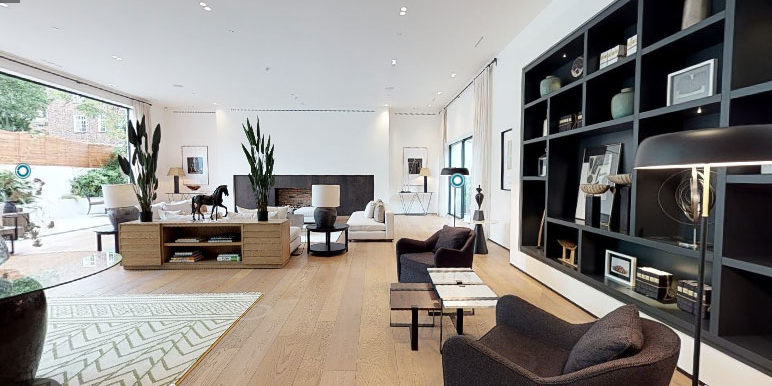 Virtual property tours have become essential for real estate agents to generate sales during the Coronavirus outbreak, as public open inspections have been banned as part of social distancing measures.

While most areas of the photography market have been negatively impacted, the rather niche real estate virtual tour segment has experienced a sudden boom.

‘We are certainly running off our feet right now, having just landed a single contract to capture virtual tours for 200 rental properties in Melbourne, Sydney and Brisbane,’ James Anderson, director of Turbo360, told Inside Imaging. ‘With that, and other clients jumping on the virtual journey, we’ve had to take on four more crew members to help crunch through the backlog.’

Turbo360 has offered virtual tours for years, with it previously ‘a pretty hard sell to showcase the benefits of such imagery’. The business also specialises in event videography and photography, and in early March, amid mass job cancellations, James anticipated the worst and quickly placed emphasis on virtual tours.

Virtual property tours have existed in various forms for years, with 360-degree photography the primary tool to showcase a building’s interior and exterior. Previously, virtual tours were primarily a complementary marketing service to encourage property buyers, particularly from afar, to visit a property.

‘Virtual tours really depended on the target buyer,’ Natalie Hogan, co-director of Brisbane-based high-end videography company, Elite Media, informed Inside Imaging. ‘If they were an interstate or international buyer, where a decision would require them to get on a plane to view the property, you want to pre-qualify them as much as you can. That’s where the virtual tours and video were used the most – to get people through the door. Now obviously people can’t really get through the door, and this is why virtual tours have really increased in popularity.’

Before Coronavirus reared its ugly head, Elite Media captured around only one or two virtual tours a month. Now they’re doing three or four each day.

‘The interest in virtual tours has been a crazy. We have offered virtual tours for a while, since 2016/17, but in the last couple of months demand has catapulted. We specialise in corporate and real estate video, so we were maybe doing one or two virtual tours a month. Now we’re doing three or four a day, every day. We’ve opened up our schedule to weekends just to keep up and help clients.’

In March, when the situation was constantly changing and there was talk of a total lock-down, Natalie noticed a ‘slight hold’ in business. After society settled into the ‘new normal’, a term thrown around a lot these days (along with its good mate, ‘unprecedented’!) Elite Media promoted the potential for virtual property tours to its customer base.

‘We’re now just operating differently, like many businesses. People are doing virtual tours instead of inspections, so this is an example of how industries are finding ways to keep functioning.’

The real estate industry has run with it, with agents explaining to numerous industry publications about how amazing they are. Ray White Woollhara principal, Randall Kemp, for example, told Domain ‘it’s the next best thing (to) a personal inspection’, and another advantage is that anyone can view properties straight away.

The virtual property tour experience hasn’t always been spectacular. At the low-end, the everyday real estate photographer may capture a single 360-degree photo of each room and present it as a virtual tour. At the high end, the latest virtual reality software creates an immersive and interactive user experience. Silicon Valley-based tech company, Matterport, is at the forefront of establishing a premium industry standard, with both Elite Media and Turbo360, and many others using its software.

Matterport virtual tours allow users to ‘walk through’ a property. It functions similar to an interior version of Google Street View – viewers click through various points in a house with each point offering a 360-degree perspective of the property. A loungeroom will have several points of view, and users can navigate through to other rooms. Matterport also manufactures premium 3D and 360-degree cameras, which are designed to work solely with the software, but good luck buying one now.

Check out this virtual tour by Virtual Tour Travel of a villa in Grand Bay, Mauritius.

‘Matterport… is a beast in its own league, which does all the work in stitching and linking for you,’ James said. ‘We have just invested in a couple of Matterport Pro2 cameras, which are super hard to get hold of right now, to use with our high end clients such as property development display homes, show homes and so on. There’s so many benefits of Matterport, such as the 3D scanning, floorplans and 4K stills it automatically produces. But it does come at a higher cost both for the equipment required, and the ongoing hosting fees as you can only host with Matterport.’

Matterport doesn’t come cheap. The Pro2 Camera is priced at $5495, and there’s an ongoing monthly software subscription as well. Photographers mount the Pro2 Camera on a tripod, and it rotates to capture a 360-degree space using a 3D data scanner and stills camera.

Each scan, or shot, is instantly sent to an iPad. Once all the shots are captured, they are automatically processed and stitched together on the Matterport Cloud. The camera and software is designed to be user-friendly, and no lighting equipment or additional equipment besides an iPad and tripod is required.

The software then renders a virtual tour. It can additionally measure specific aspects of a space, such as walls and windows, create schematic and ‘doll house’ floor plans, and tags can also be embedded to highlight key features. The software is compatible with select third-party 360-degree cameras, such as the Ricoh Theta V and Z1, and Insta360 One X.

While there’s been a surge in demand for virtual tour imagery, James is ‘completely bewildered’ by newcomers expanding into this growing market and offering their services with massive discounts. Even seasoned professionals are doing it.

‘It just doesn’t make sense to me when there’s an opportunity to keep afloat when all other aspects of businesses like ours have ground to a halt.  In the words of Scott Morrison, “JUST STOP IT”.’

The Matterport Pro2 camera is available in Australia from Scann3d in Fitzroy, Victoria.

Currently on (worldwide) back-order, but Scann3d tells us they are expecting a shipment in the next few weeks.