You are here:
3D Virtual TourAirbusMuseumNews 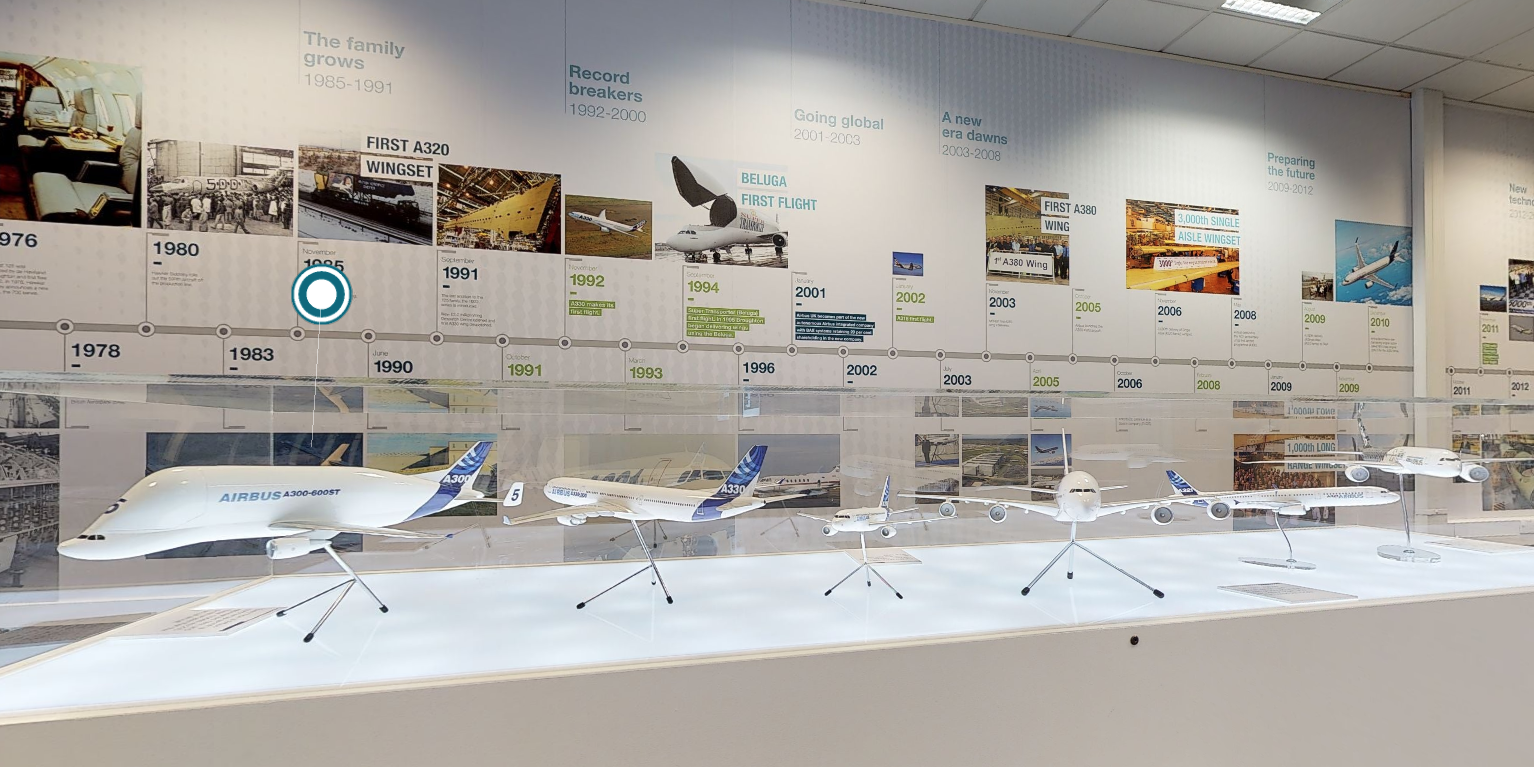 Even though we’re spending more time at home these days, there are clever ways to see the world without having to travel. Attractions that draw thousands of visitors each day are being explored virtually through digital twins captured with Matterport.

We invite you to immerse yourself in our true-to-life 3D walkthroughs of these European museums, and learn more about the exhibits through our Mattertags. This is great news for many schools transitioning to virtual education – the field trip to the museum doesn’t have to be canceled. Students can even visit multiple museums in one day!

So go ahead, step inside these immersive digital twins and click on the circular Mattertags to discover more.

The Museu de Lisboa in Lisbon, Portugal presented the exhibition of the Corpus Christie – or the Body of God procession – by businessman Diamantino Tojal. The exhibition displays 1,587 clay miniatures hand-molded by Tojal between 1944 and 1948 and portrays the Corpus Christi procession as it happened in the 18th century. The glass case of figurines was set in the middle of the Convento da Graça, whose floor is inlaid with red, white and black fossiliferous limestone and whose walls are adorned with panels of 18th century azulejos depicting Augustinian missionaries in Asia. This 2017 exhibition was the first time the piece had been presented since 1948.

An entertaining and visually charming exhibition, the Airbus Visitor Centre showcases nearly 75 years of aerospace manufacturing. The headquarters in Broughton, North Wales assembles wings for the Airbus family of commercial aircraft. The exhibition features an actual piece of an Airbus A350 wingtip along with interactive stations. Broughton is also the birthplace of the de Havilland Comet, the world’s first commercial jetliner, and the de Havilland Mosquito, a British twin-engine, multirole combat aircraft.

Located within Gomis Palace in the heart of Barcelona, the European Museum of Modern Art, also known as Museu Europeu d’Art Modern (MEAM), opened in June 2011 under the sponsorship of the Foundation for the Arts and Artists. The museum promotes figurative art from the 20th and 21st Centuries. Gomis Palace, or Palau Gomis, is nestled in a culturally vibrant neighborhood with the old-world charm the city, weaving together tradition with modernity.

Housing the world’s most extensive collection of computers throughout history, The National Museum of Computing (TNMOC) is considered one of England’s top 100 “irreplaceable places.” The museum collects and restores historic computer systems and many of the exhibits are in working order. Block H, the building in which TNMOC is located, was the world’s first computer center and was home to six Colossus computers in World War II. The museum follows the evolution of computing from the Turing-Welchman Bombe through mobile computing.

Celebrating the lives and achievements of the town and the local area, Athy Heritage Centre features the only permanent exhibition on Ernest Shackleton, an Irish explorer who led three expeditions to the Antarctic. The original sledge and harness from the expeditions are on display, along with a model of the Endurance, Shackleton’s triple mast barquentine that sailed on the legendary 1914 Imperial Trans-Antarctic Expedition. Visitors can also watch video footage captured by Frank Hurley, who served as the official photographer for the Antarctic expeditions.

Virtual tours and no-touch viewings: house hunting and renting in the time of coronavirus
04/04/2020